This module allows website owners to mark listings as sold. When a listing is marked as sold, a special icon will be shown next to the listing to let visitors know is already sold.

When the module is activated, the Edit Ad screen in the frontend shows a Mark as Sold button: 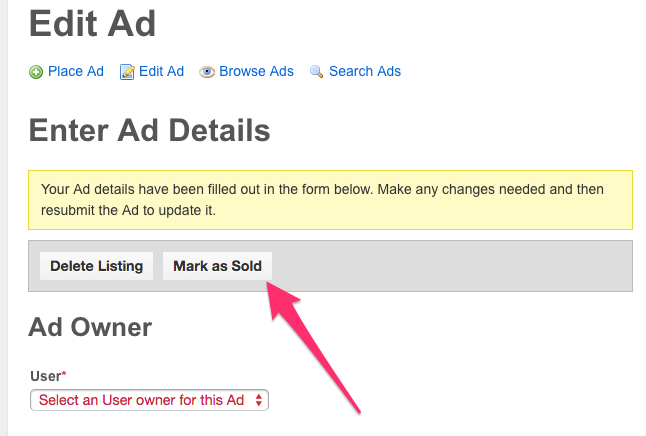 If the listing is already marked as sold, an Undo Mark as Sold button will be shown instead: 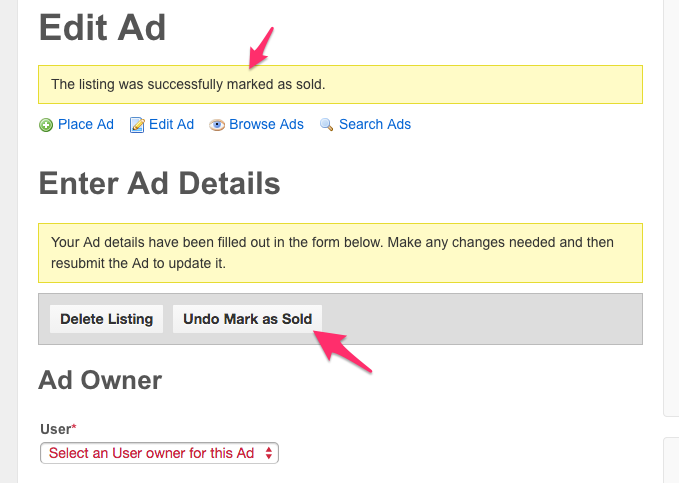 An image of a red ribbon, with SOLD written on it, is shown over the thumbnail of listings marked as sold. if the default thumbnail is enabled, the ribbon will be shown even if the listing has no images, like in the example below:

The ribbon is shown in the Single Ad page as well:

The module includes the ability to remove sold items from the system, after N days have passed since the listing was marked.

To do this, go to Classified Admin > Settings > Modules > Mark as Sold: